Women of color in the Music industry 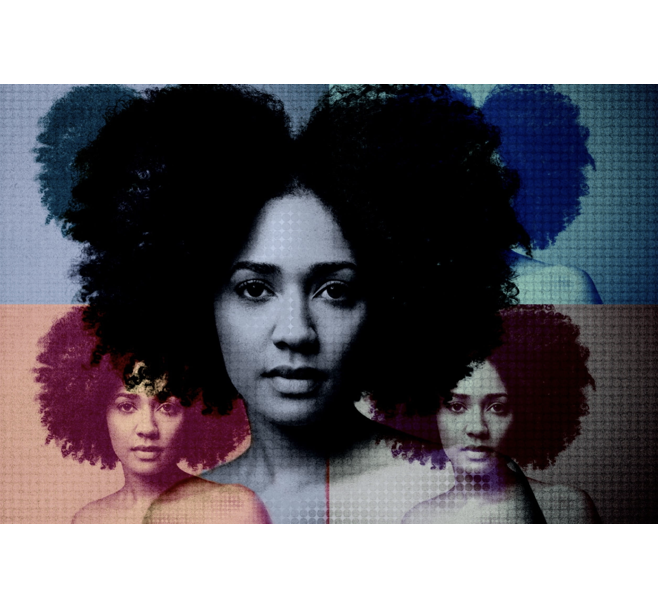 In 2017, the Me Too movement suddenly started to pick up quickly within and outside of the entertainment industry. While it was a big step towards creating a safer work environment by raising awareness, it failed to shed lights on intersectionality, precisely on black women, who have been at the forefront of the fight against sexism for decades. Generally, women of color are – according to a 2016 report from the US Equal Employment Opportunity Commission – more likely to be targets of sexual harassment, so sexism cannot be beaten without fighting racism. Following the Black Lives Matter movement in 2020 in response to George Floyd being brutally murdered by a police officer, the black community stood up for their right to breathe, live and thrive in society. 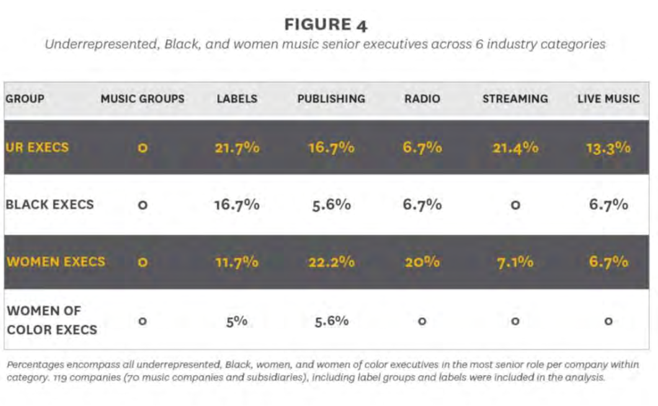 During the peak of both movements, major companies pledged to do their part to fight sexism and racism. In June 2021, USC Annenberg published a study called ‘Inclusion in the Music Business’, which showed that women of color belong to the group that is most underrepresented across almost all fields within music. Especially, when it comes to senior executives the numbers look dire as it becomes apparent in the diagram below. Remarkable is that as the hierarchy increases the share of underrepresented individuals decreases.

A big exception are A&R executives and artists, where there has been a big change over the past few years and some inclusion became visible. 48.3% of artists were underrepresented individuals which stands out compared to the majority of the industry.

Overall, the study shows that the people of power within the Music industry are mostly still white men. And that there is a deep divide between women of color and white women, which highlights just how the fight against sexism can’t go without the fight against racism. 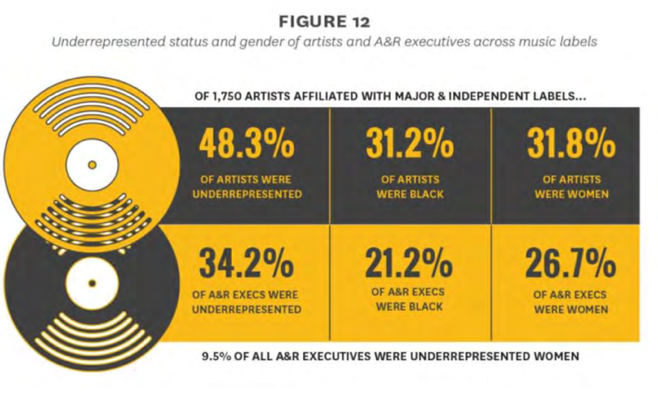 There are various steps a company can take to make the industry a more inclusive and equitable besides statements and donations: ex. looking at their own hiring process and how they nurture their work environment.